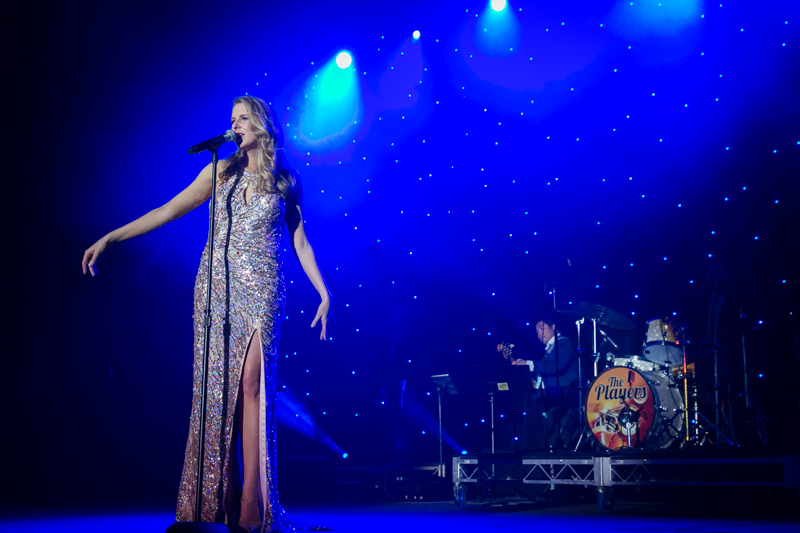 SMA were thrilled to supply entertainment for the prestigious HR Awards for the second consecutive year which this time were held inside The Star’s stunning Event Centre.

With three of SMA’s star acts featured over the course of the evening the 750 strong crowd were kept on the edge of their seats. The event was opened by Boys in the Band with ‘Oh What A night’ before Miss Bird Sings took to the stage bewitching guests with her smooth re-styling of some of the best known tunes from Showgirls, Chanteuses and Jazz Legends.

Returning to the stage to perform the headline set Boys in the Band had guests on their feet in no time with a 30minute show which saw an epic rendition of ‘Hey Jude’ with the entire audience at the front of the stage swaying their arms in the air and singing along.

Not to be outdone ‘The Players’ got the party well underway fronted by Matt Verevis and Toni Bird ensuring that the dance floor remained jumping until the very end.

“Thank you for making our event a huge success, your talented team on the night produced such an impressive show. Toni Bird not only looks incredible but sounds incredible taking the stage with grace and confidence. She is so versatile; perfect for a showstopping opener or a Jazzy dinner show and just as exciting at the end of the night to bring the crowd onto the dance floor.

Boys in the Band were the highlight of the event with their amazing vocals to the greatest hits of all time. Appealing to a broad audience, these young and handsome men know how to sing, dance and take you back in time to when the greatest musical legends were born.

I would highly recommend both shows to entertain at any large event.”