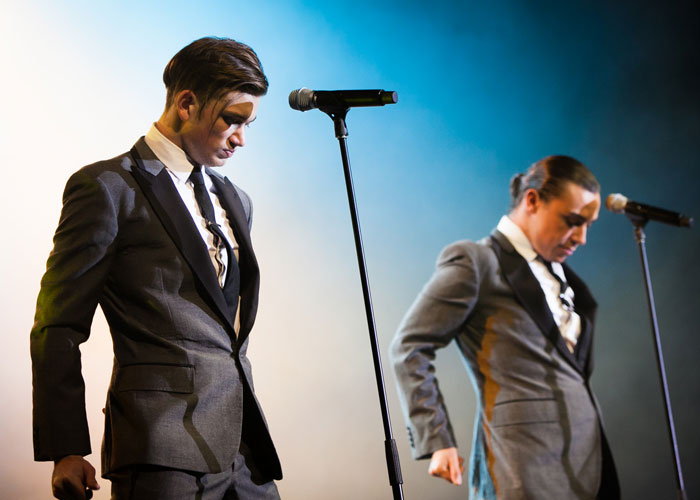 Boys in the Band, News, SMA

Boys in the Band have quickly become one of the most booked entertainers in the Perth events scene and once again they headed over to WA to give guests a taste of 50years of the biggest hits of all time.
Performing for the Local Government Association in a packed Perth Convention & Exhibition Centre the boys took to the stage performing their high energy 35minute hit show backed 100% live by Perth locals the Greg Schultz Band.
With rave reviews continuing to pour in it’s not long until Boys in the Band return to Perth for the Youth Focus Gala Ball in September, along with star performers Dale Burridge, Danielle Evrette, Miss Bird Sings and SMA’s very own band The Players.