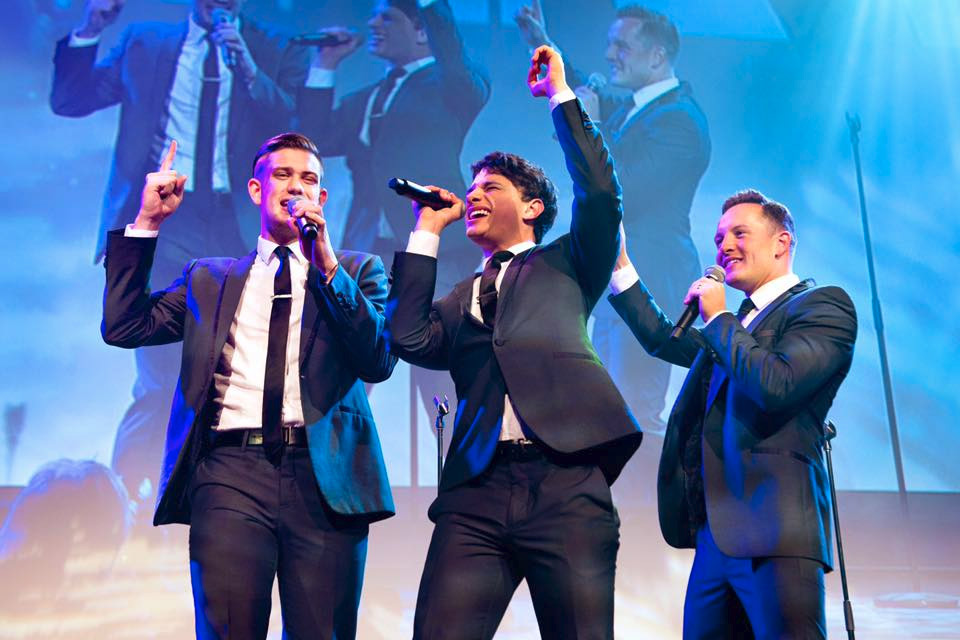 Boys in the Band proved once again why they are Australia’s number one event entertainment act of their kind as they wowed VIPs at the Brisbane Business Leaders Hall of Fame Induction Dinner.

Held in the Plaza Ballroom at the Brisbane Entertainment & Convention Centre, and with nearly 100 guests in attendance, the prestigious evening was attended by a who’s who of the political and business worlds.

Performing one high impact 20minute set which featured hit after hit of the greatest tunes of all time, Boys in the Band were a massive success!

“The Boys in the Band performed magnificently the songs, that we all love, in front of close to 900 excited people at the Queensland Business Leaders Hall of Fame event. It is one of the keynote events in the city’s calendar. We needed a singing group that could lift the roof and get people onto their feet to dance and the Boys in the Band delivered beautifully. They were sensational!” – Ray Weeks, Organising Committee