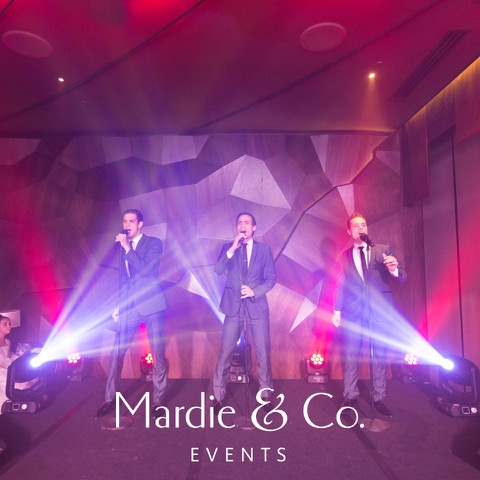 SMA love to put the special touch on a couple’s big day and Boys in the Band were honoured to fly into Perth to do just that for Nikki & Brad.
Performing at the famed restaurant Nobu at Crown Metropol, Boys in the Band performed a feature set as a surprise for guests and even dedicated a special rendition of ‘Unchained Melody’ to the newlyweds inviting them onto the floor for a special dance.

Testimonial
“Boys in the Band were a fabulous hit and totally ended the wedding on a high!”
Mardie Rosich Director