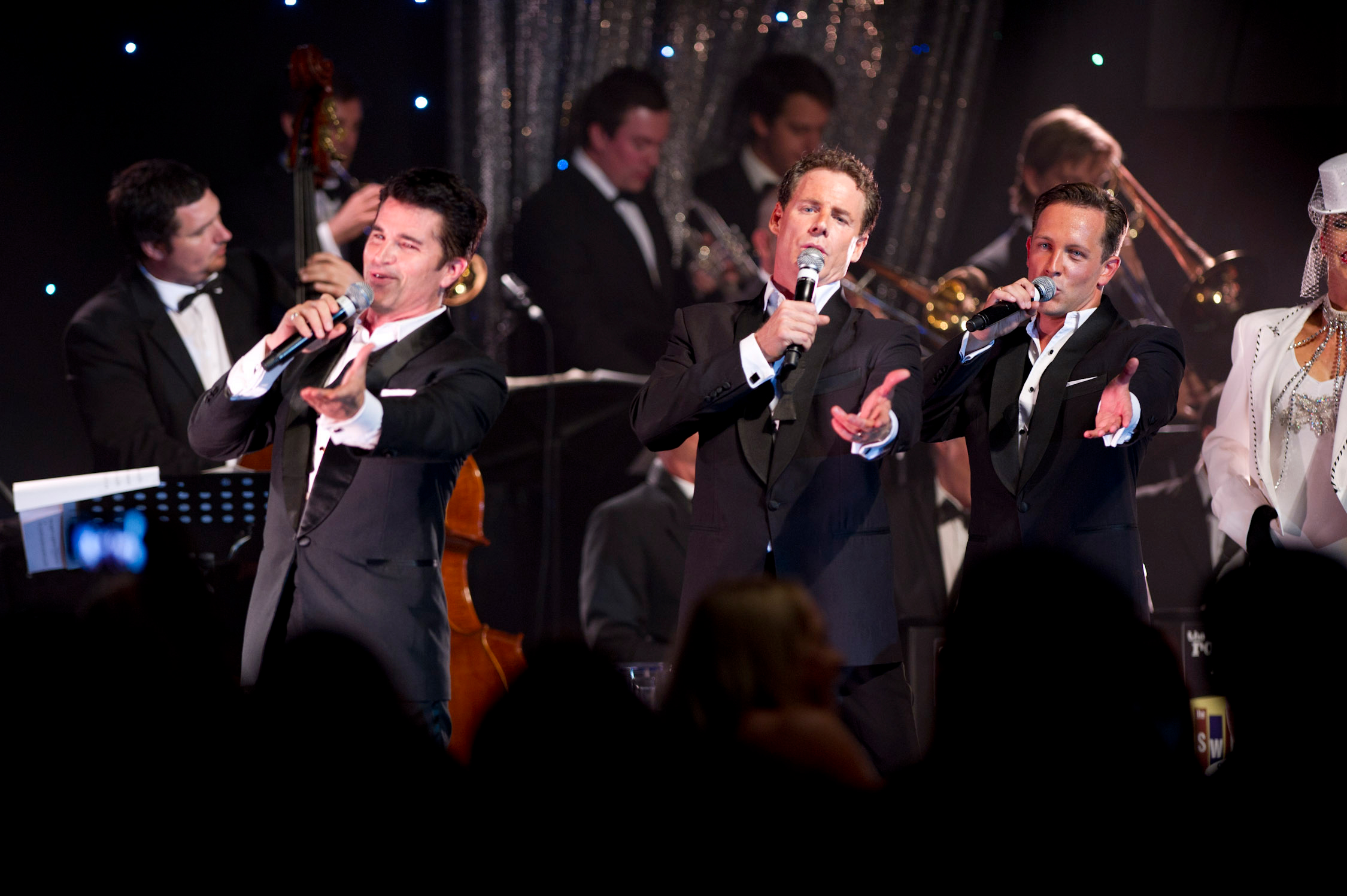 Following its re-launch Rat Pack Reloaded has seen one of its busiest silly seasons and the guys were thrilled to be invited to perform in Hobart at The Grand Chancellor Hotel.

Accompanied by two of our gorgeous showgirls and performing in the hotel’s massive Federation Ballroom, the guys delivered a knockout 40minute show that looked as spectacular as it sounded. Finishing in one of the biggest ‘New York New York’ kick lines we have seen to date, guests stayed up on the floor and conga’d to Viva Las Vegas for an epic show finale.