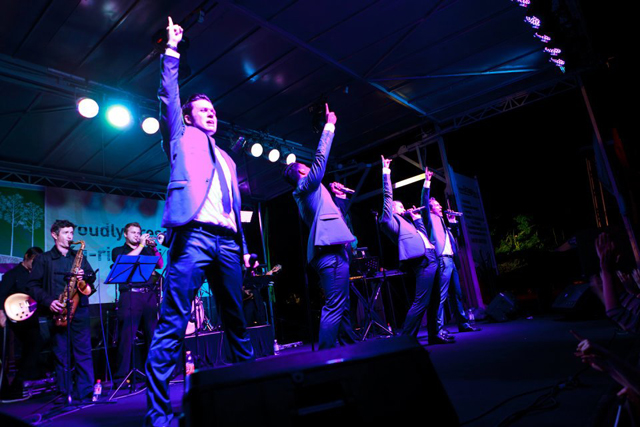 Boys in the Band, Concerts

Well it certainly was “Oh what a night” at the Twilight Concert on Saturday night!
Thank you for your contribution to the event.
We were blessed with perfect weather, which attracted over 4,000 people (possibly our largest ever crowd) to to Wahroonga Park for the event.

The four superstar singers from headline act Boys in the Band, backed by The High Rollers Band, had the audience dancing to their favorite hits from Frankie Valli and The Four Seasons, The Beatles, The Jackson Five and The Bee Gees. Teenagers couldn’t get enough of the ‘90s hits made famous by Human Nature, *NSYNC and The Backstreet Boys, while children enjoyed face painting and balloons provided by Keith Soames, with all proceeds going to the Children’s Hospital in Westmead.